In keeping with a running theme of this blog and pertinent to what follows, I decided to go with the above title to this opening post.

A few weeks ago I was asked if I would be interested in temporarily taking over the reins of International Security Discipulus, something I have happily agreed to do.

So, if you haven’t done so before, please check the blog out and have a read over some of the old posts, if you like it please help spread the word and if you have any suggestions for ideas that could make it better, or blog posts you want to get published yourself then please send them to me at bwmoles@gmail.com 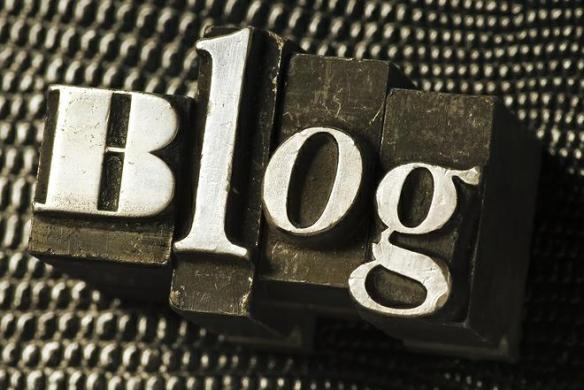 What is International Security Discipulus?

Why Blog? Australian Professor Hugh White, responding to ISD had this to say:

Yes, young scholars, do blog – but not just to get your name on the net.  It gives you practice in clear, crisp, concise non-scholarly writing, which is the kind of writing you need to learn. It sharpens your skills in debate on the big current issues, which are the skills you need.  And it helps teach you to give, and take, criticism gracefully, which is essential to anyone who intends to argue for a living.  But one word of caution: blogging is publishing, so always think very carefully before hitting ‘send’.

So, get thinking, get writing, get sending, and get published.

Over at the new, independent Daily Dish, Andrew Sullivan has been hosting an interesting thread on why academic writing is frequently abysmal. As someone who tries hard to make even my academic writing clear and accessible and who tries to instill that value in my students, I’ve followed the thread with interest. 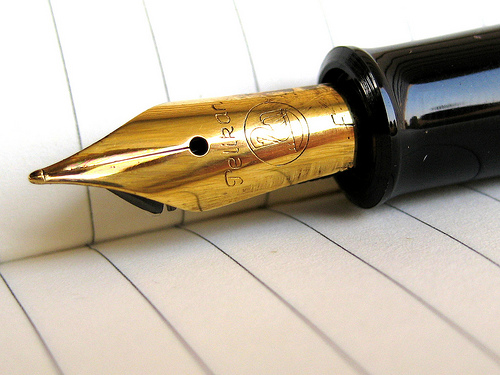 For starters, I don’t think the problem is that no one encourages future academics to write well. In my own case, for example, I was fortunate to study with Alex George at Stanford as an undergrad and with Kenneth Waltz at Berkeley during graduate school, and both repeatedly stressed the importance of writing well. Waltz didn’t do a lot of line-editing of grad student papers or dissertations, but he certainly let me know when he thought my writing was obscure, verbose, disorganized, or just plain confused. He also spoke openly about the importance of writing in his graduate courses, encouraged students to read books such as Fowler’s Modern English Usage,and was scornful of the trendy neologisms that infest academic writing like so many weevils.

I also don’t think the problem is due to poor editing at journals or university presses. I’ve published in over a dozen academic journals, with a prominent university press, and with two different commercial publishers, as well in a number of journals of opinion. Almost all of the editors or copy-editors with whom I’ve worked were helpful and attentive, and some were superlative. Indeed, I can think of only one case in nearly thirty years where a manuscript of mine was truly butchered by an editor (it was actually done by an intern) and fortunately the magazine let me repair the damage before the article appeared.

So why is academic writing so bad?

One reason academic writing is sometimes difficult is because the subjects being addressed are complicated and difficult and hard to explain with ordinary language. I have more than a little sympathy for philosophers grappling with deep questions about morality, time, epistemology, and the like, as these subjects are inherently slippery and it is easy to lose the reader in a fog of words. But it isn’t inevitable even there. Some philosophers manage to write about very deep and weighty matters in a prose that is crystal clear. You still have to pay attention and think hard to understand what is being said, but not because the author is making it more difficult than it needs to be.

A second reason is the failure of many scholars to appreciate the difference between the logic of discovery and the logic of presentation. Specifically, the process by which a scholar figures out the answer to a particular question is rarely if ever the best way to explain that answer to a reader. But all too often articles and manuscripts read a bit like a research narrative: “First we read the literature, then we derived the following hypotheses, then we collected this data or researched these cases, then we analyzed them and got these results, and the next day we performed our robustness checks, and here’s what we’re going to do next.”

The problem is that this narrative form is rarely the best way to make a convincing case. Once you know what your argument is, really effective writing involves sitting down and thinking hard about the best way to present that argument to the reader. The most important part of that process is figuring out the overall structure of the argument — what points need to be developed first, and then what follows naturally or logically from them, and so on. An ideal piece of social science writing should have a built-in sense of logical or structural inevitability so that the reader moves along the argument and supporting evidence as effortlessly as possible.

Achieving this quality requires empathy. You have to be able to step outside your own understanding of the problem at hand and ask how your words are going to affect the thinking of someone who doesn’t already know what you know and may even be inclined to disagree with you at first. Indeed, persuasive writing doesn’t just convince the already-converted, a really well-crafted and well-supported argument will overcome a skeptic’s initial resistance.

Why does this matter? Because the poor quality of academic writing is both aesthetically offensive and highly inefficient. Academics should strive to write clearly for the obvious reason that it will allow many others to learn more quickly. Think of it this way: If I spend 20 extra hours editing, re-writing, and polishing a piece of research, and if that extra effort enables 500 people to spend a half-hour less apiece figuring out what I am saying, then I have saved humankind a net 230 hours of effort.

Which leads me to the real reasons why academic writing is often bad. The first problem is that many academics (and especially younger ones) tend to confuse incomprehensibility with profundity. If they write long and ponderous sentences and throw in lots of jargon, they assume that readers will be dazzled by their erudition and more likely to accept whatever it is they are saying uncritically. Moreover, jargon is a way for professional academics to remind ordinary people that they are part of a guild with specialized knowledge that outsiders lack, and younger scholars often fear that if they don’t sound like a professional scholar, then readers won’t believe what they are saying no matter how solid their arguments and evidence are.

The second problem is the fear of being wrong. If your prose is clear and your arguments are easy to follow, then readers can figure out what you are saying and they can hold you to account. If you are making forecasts (or if the theory you are advancing has implications for the future), then you will look bad if your predictions are clearly stated and then fail. If your argument has obvious testable implications, others can run the tests and see how well your claims stand up.

But if your prose is muddy and obscure or your arguments are hedged in every conceivable direction, then readers may not be able to figure out what you’re really saying and you can always dodge criticism by claiming to have been misunderstood. (Of course, sometimes critics dodeliberately misrepresent a scholarly argument, but that’s another matter). Bad writing thus becomes a form of academic camouflage designed to shield the author from criticism.

In the endless war against academic obscurantism, I tell my own students to read Strunk and White’s classic The Elements of Style and to heed their emphasis on concision. Most of us tend to overwrite (especially by using too many adverbs), and shorter is almost always better. Or as Strunk and White put it:

“Vigorous writing is concise. A sentence should contain no unnecessary words, a paragraph no unnecessary sentences, for the same reason that a drawing should have no unnecessary lines and a machine no unnecessary parts. This requires not that the writer make all his sentences short, or that he avoid all detail and treat his subjects only in outline, but that every word tell.”

I’m also a fan of Anthony Weston’s A Rulebook for Arguments, a very smart primer on the different forms of persuasive argument and the ways to make written arguments more convincing.

Finally, I encourage students to emulate writers they admire. If there are scholars whose books you enjoyed, read them several times and try to capture what it is that makes their use of language so effective. I’ve found inspiration in writers like Waltz, Thomas Schelling, James Scott, John Mueller, and Deirdre McCloskey. And you don’t have to agree with someone to respect their ability to write: Charles Krauthammer’s ideas usually appall me, but there’s no question that he is an effective prose stylist.

In the end, it comes down to what a scholar is trying to achieve. If the goal is just narrow professional success — getting tenure, earning a decent salary, etc. — then bad writing isn’t a huge handicap and may even confer some advantages. But if the goal is to have impact — both within one’s discipline and in the wider world — then there’s no substitute for clear and effective writing. The question is really pretty simple: do you want to communicate with others or not?

‘The ability to foretell what is going to happen tomorrow, next week, next month and next year- and the ability afterwards to explain why it didn’t happen.’- Winston S. Churchill.